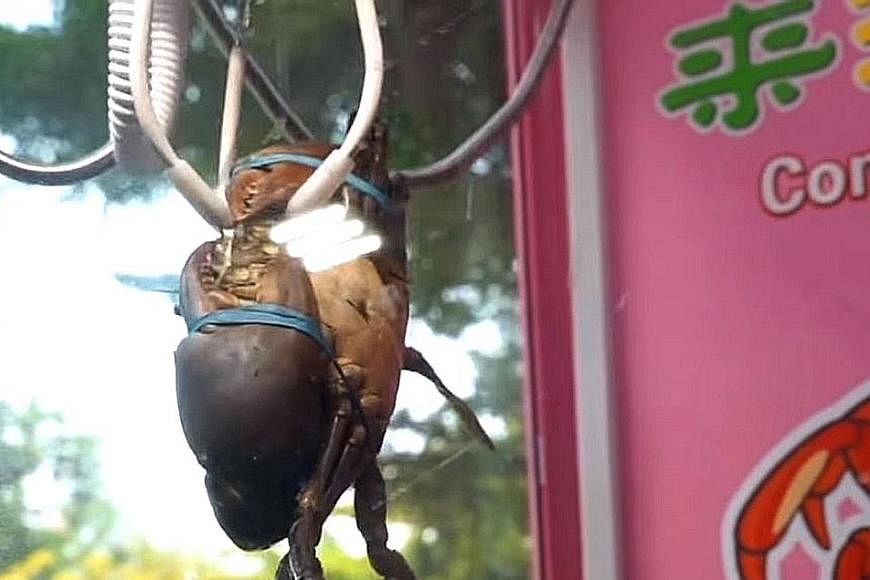 The House of Seafood restaurant in Punggol has stopped using a machine where customers can catch their own live Sri Lankan crabs.

It said on Facebook yesterday that it has stopped using the machine temporarily, and apologised for causing public unhappiness over its gimmick. The U-turn came a day after it was called out on Facebook by the Society for the Prevention of Cruelty to Animals (SPCA) as being cruel to the crabs, as the machine inflicted unnecessary harm and distress to the crab, as it will be dropped from a height by the claw.

"We did not intend to use animals as play things. We noticed a lot of children at The Punggol Settlement and we wanted to educate them about marine life," said Mr Francis Ng, chief executive officer of the House of Seafood.

However, SPCA CEO Jaipal Singh Gill felt that the measure was insufficient.

"We appreciate this clarification and are very happy with this news. However, what we are asking for is a full and permanent stop to the use of this machine," Dr Gill said. SPCA has reported it to the National Parks Board's Animal and Veterinary Service, he said, adding: "We hope swift action will be taken."