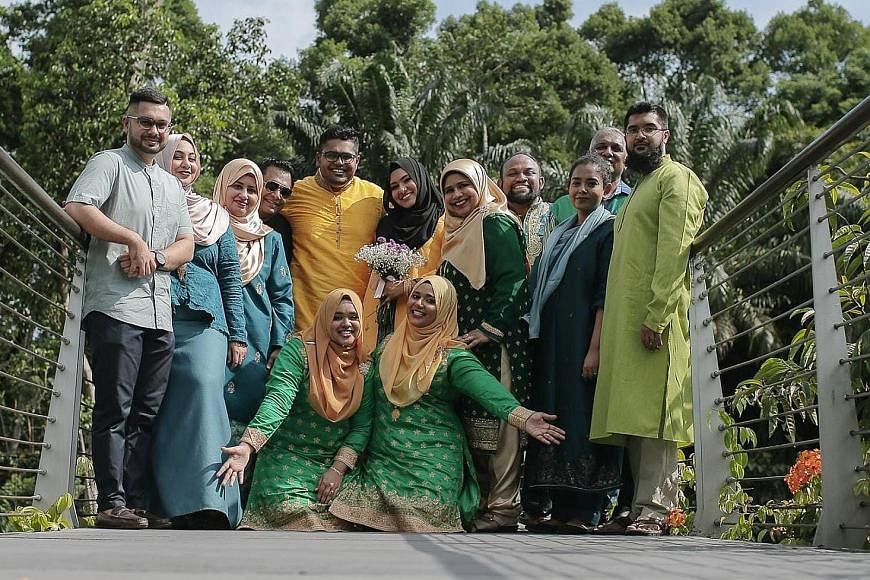 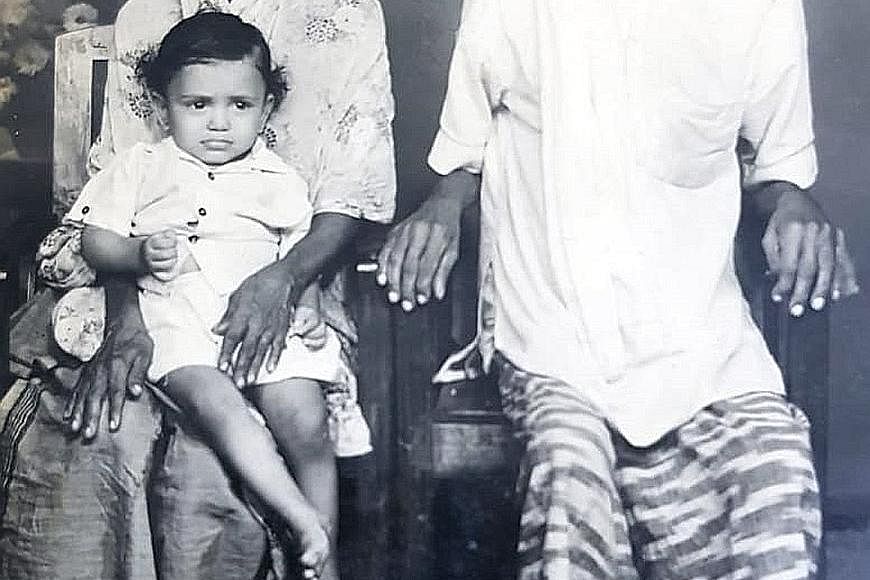 "That's when I ask people their family names," said the 27-year-old. "They say Lebbai (religious leader), Tharagar (middleman or agent) Hassanar (family originating from one Hassan), Nakeeran (writer), Katti (interpreter of government news), Rowther (descendant of soldiers) and so on and I immediately connect the dots.

"I'm able to say we are related and then we talk about our families and get to know each other better."

The first resident from Kadayanallur, an Indian town in Tamil Nadu's Tenkasi district, is believed to have arrived in Singapore in the early 1900s. Today, there are nearly 25,000 Kadayanallur Muslims on the island. Most of the younger ones have never visited the place where their father and grandfather hailed from.

Yet, most of them still follow the lingo and traditions of Kadayanallur, which is known for its textile weavers and padi and coconut fields.

"The lingo is still within us, including the younger generation. I wouldn't want to trade it for anything else."

Distinctive also is the women's dress. They wear kaili (lungi) at home along with a blouse, veil and cotton shawl wrapped around the neck.

"The shawl used to be four metres long because our women had to beat the sun and heat with it in Kadayanallur," said Ms Zainabah. "Now it it is just 1.5 metres long and draped in rectangle fashion around the neck."

"Bee hoon biryani is another speciality. We also must have dalcha (lentil-based curry) with mutton ribs."

According to him, salna is a meat korma they specialise in and varuthamaavu appam (fried-flour pancake) is served whenever there is a death in the family. "It is called sad roti," he said.

The community gets together during weddings and festivals. "The bonding is still there, we often eat from the same plate," said Ms Zainabah. "But it is not like what it used to be during my grandfather's time".

She feels some Kadayanallur Muslims have changed because they have married Malays, Chinese and Hindus and adopted customs which are different.

"The young generally would still like to keep the Kadayanallur identity but many are thinking differently," said Ms Zainabah. "The community is getting diluted and I can't say what the future generations will do."

Ms Asina Khadija, 21, agrees that the mindset is changing. "Younger Kadayanallur Muslims think differently," said the kindergarten teacher. "We respect the elders and follow certain customs but we don't necessarily connect with all in the community. I use only what I need. Dressing is different now (the women mostly follow the Malay style instead of wearing saris). We take what is comfortable and fashionable and combine it."

Mr Naseer Ghani, 61, a teacher and former president of the Singapore Kadayanallur Muslim League (SKML), conceded that it is becoming increasingly difficult to make the younger generations follow the traditions.

"Islam binds us but the younger women and men are better educated now and seek what they want," he said. "We are concerned the Kadayanallur identity will be lost and are making efforts to teach youngsters our ways."

The SKML organises cultural and sports events. It holds educational classes and Ustad Millath Ismail from Kadayanallur has been imparting Islamic lessons for 16 years. "Times have changed," said Mr Ghani. "Our youngsters are financially independent. It is difficult to bind them down."

This was not the case when his grandfather, A.A. Abdul Kader, arrived in Singapore from Kadayanallur in 1911. Mr Kader had to work as a peon in a private company and needed the support of the community.

Mr Ghani's father, Mohideen Gany, who was born in Singapore in 1935, worked as an administration clerk in the energy company Shell.

The first two generations were heavily dependent on others in the community as they left Kadayanallur in the early 1900s seeking greener pastures in the Malay peninsula.

Most of them were weavers who made lungis or middlemen (agents) who sold the textiles in other cities.

They had to leave Kadayanallur because the British, who ruled India then, found cottage industries eating into their machine-based businesses and imposed heavier taxes on them.

The early immigrants arrived in Penang or Singapore by ship and began to work as manual labourers or peons because they were uneducated. Around 200 families settled in the Tanjong Pagar area in the 1920s.

Gradually, the women began to cook curries and sold spices to supplement the family income.

The community got a lift when Mr A.N. Moideen, a higher-ranked clerk in chemical company ICI, decided that it would be better for them to get educated. He formed the Muslim Improvement Club in the early 1920s at Tras Street and the SKML in 1941. He was also instrumental in building the Umar Pulavar Tamil High School at Maxwell Road.

"He realised that good education can lead to better jobs," said Mr Ghani. "By the 1960s many from Kadayanallur had become journalists, teachers and supervisors."

Today, many from the community are doctors, accountants, lawyers, teachers, writers, actors and singers.

"I still have relatives in Kadayanallur, Penang, Malacca, Kuala Lumpur and Chennai and I'm in touch with them," said Mr Ghani. "But my son who is 29 is less connected with them.

"The younger generation identify themselves more as Singaporeans."

"The young generally would still like to keep the Kadayanallur identity but many are thinking differently. The community is getting diluted and I can't say what the future generations will do."