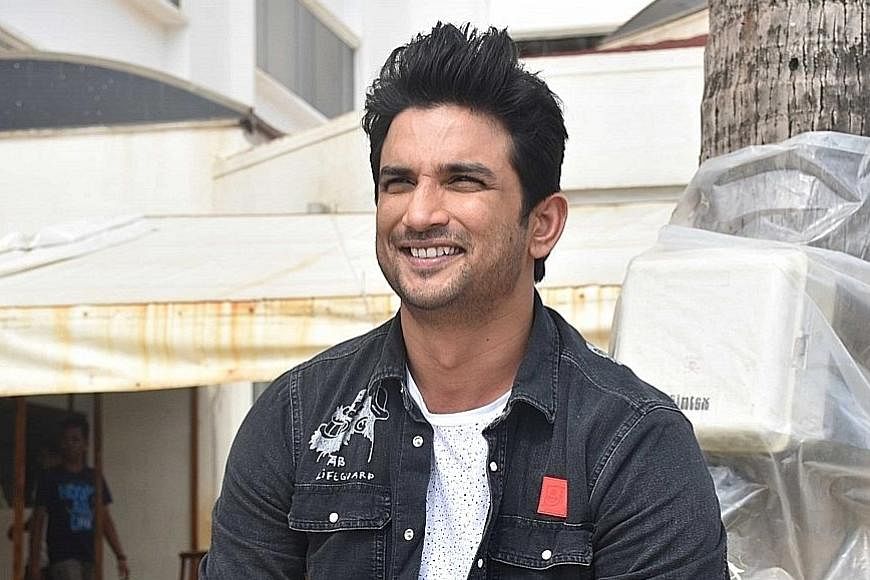 While the controversy over the death of actor Sushant Singh Rajput (right) is taking new turns every day, his former personal assistant Ankit Acharya has come out to say that "it is clearly a murder".

Sushant was found dead in his flat in Mumbai on June 14. Police in Mumbai believe the 34-year-old committed suicide.

Ankit told Indo-Asian News Service: "Sushant Bhaiya was a happy-go-lucky man and he could have never committed suicide. He used to motivate everyone and stress that one should always fight against the challenges in life... It was clearly a murder."

When asked who could have been responsible for the death, Ankit, who worked as Sushant's personal assistant from July 2017 to July 2019, said: "Well, I can't comment. It would be best if investigating agencies talk about this."

Ankit, however, pointed out that "there were bruises near his (Sushant's) eye and the marks on his neck were (from) the belt of his dog Fudge".

Mr Singh has filed a case (FIR) against Rhea and her family members in Patna, Bihar, which includes charges of transferring money out of Sushant's bank accounts.

Ankit said he was on leave when Rhea entered Sushant's life. "I never had a face-to-face interaction with Rhea," he said.

"Had I had one, I would have never let this (death) happen.

"Before Rhea's entry, Sushant Bhaiya was a very jolly person. He used to play cricket with us, he also had a habit of writing poetry and posting it on Instagram. But since Rhea came into his life, he lost all joy."

When asked about the late actor's relationship with his family, Ankit said: "I used to talk to his sister and brother-in-law, who lived in Delhi, every time they used to come to Mumbai. Whenever they used to come, Sushant Bhaiya was really happy, they used to have food together, talk and have a lot of fun."

Senior advocate Vikas Singh, appearing for Sushant's father, told the Supreme Court on Tuesday that the mark seen on Sushant's neck was created by a belt.

He added that the Mumbai Police had summoned everyone "except the real suspects or accused" in the case.

The Supreme Court later reserved its order on Rhea's plea for transfer of the FIR lodged in Patna to Mumbai Police.

Her counsel contended that the FIR was filed at the behest of Bihar Chief Minister Nitish Kumar and there couldn't be a fair investigation by the Bihar Police.

A single-judge bench of Justice Hrishikesh Roy noted that Rhea herself has pleaded for a CBI probe.

Sushant's father, while opposing the transfer of the case to Mumbai Police, said in his affidavit to the Supreme Court that he felt Mumbai Police were "derailing the inquiry and not investigating the criminal offences committed."

The counsel for Maharashtra state argued that Mumbai Police has the investigative and legal jurisdiction to probe the case and is conducting a "fair, impartial, professional" probe.

He also said that neither Sushant's father nor any of his other family members had requested Mumbai Pollice to register an FIR against Rhea and others on any ground.

The judge later asked all the parties in the case to file written submissions.