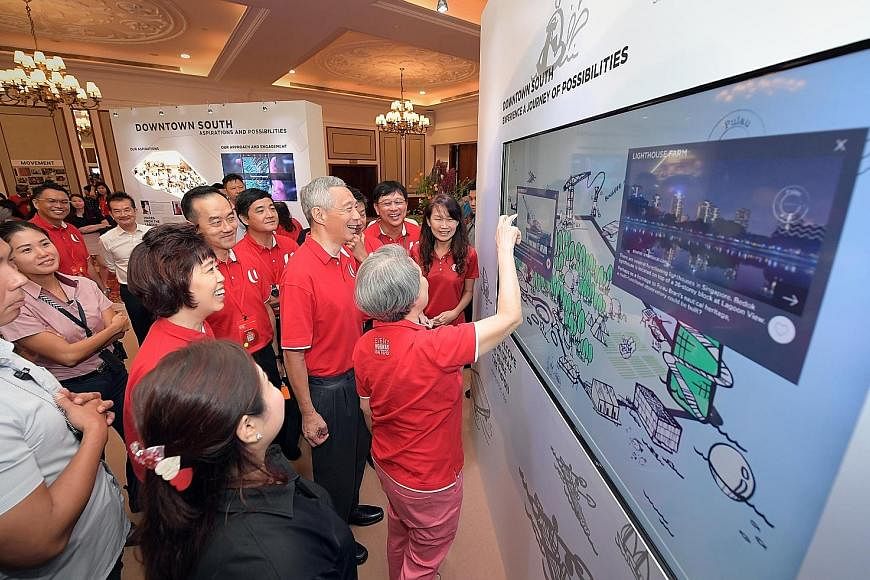 As industries transform and Singapore charts an uncertain future, workers will not be left to fend for themselves, Prime Minister Lee Hsien Loong said on Tuesday.

He reiterated the ruling People's Action Party's (PAP) promise to always stand with workers and do its best for them, just as it has since early independence.

Speaking at the NTUC National Delegates' Conference, PM Lee pointed to the challenges ahead as the economy enters a new phase. Technology is transforming many industries, and established players are being disrupted.

Workers have to be ready for change, and the Government has to help them "to train for new roles, to cope with the rapid changes in their industries and to remain employable", said PM Lee.

"It will not be easy, but rest assured, we will walk with you all the way."

PM Lee noted that elsewhere in the world, there has been widespread unhappiness as workers lose jobs or feel they have been left behind by progress.

The social compact has been fractured, and this has given rise overseas to populist movements which divide societies.

In Hong Kong, underlying factors behind the protests include the sense that serious economic and social concerns have not been addressed. This social division can befall Singapore if it is not careful, PM Lee said, noting that the country is not immune to such forces.

"If it happens to us... we will suffer the same consequences as the other countries," he told the audience at Orchid Country Club. "Only worse, because we are that much more vulnerable."

He said such circumstances would destroy confidence in the country. "Singapore will be finished," said PM Lee.

The "symbiotic relationship" between the PAP and NTUC is key to helping Singapore avoid the dire outcomes seen overseas, he added. The PAP Government, which represents workers' interests, will always remain close to its roots in the labour movement, PM Lee said. That is why many of its MPs come from NTUC, and the labour chief sits as a full minister in the Cabinet.

In his speech, PM Lee traced how the PAP and NTUC forged close bonds, which have been renewed by successive generations.

He stressed that these bonds between the PAP and NTUC have to be sustained and strengthened.