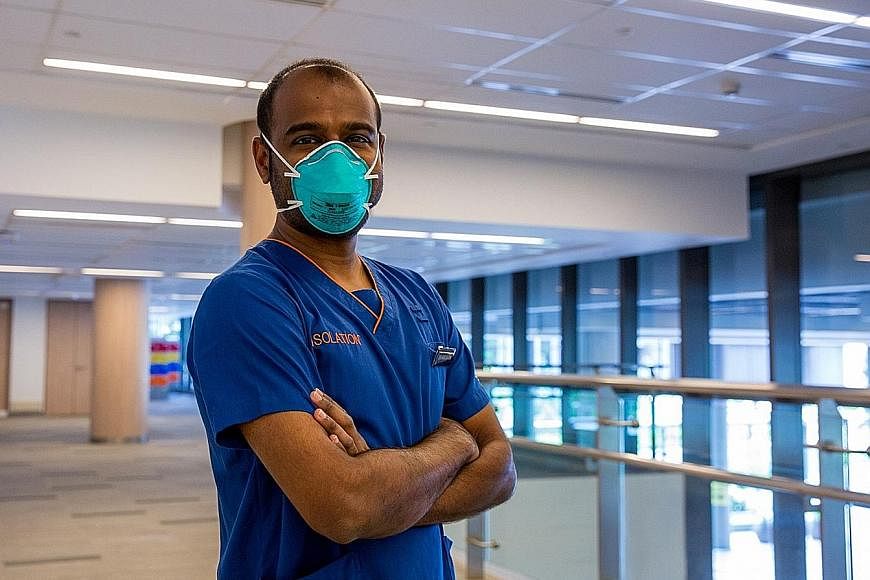 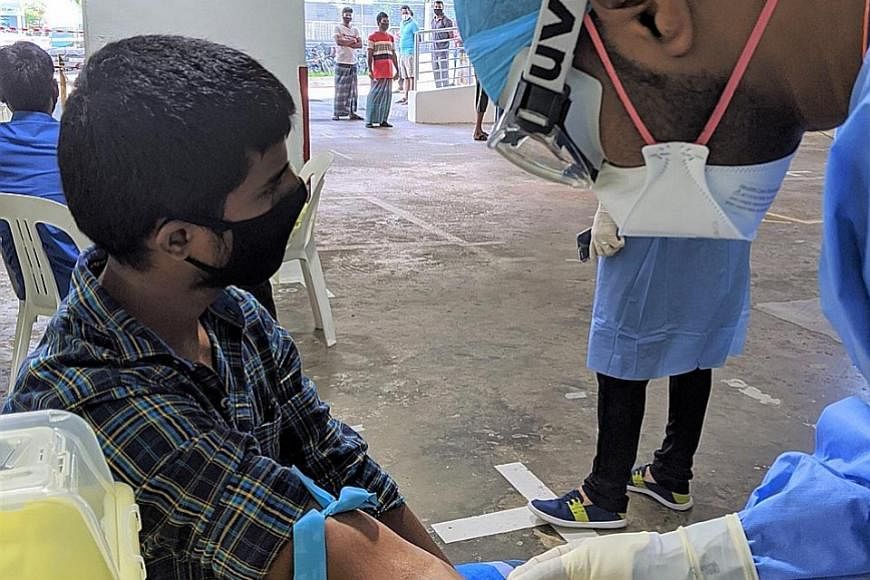 Many migrant workers long confined in dormitories are returning to work without fear, thanks to Dr Hamid Rahmatullah from Sengkang General Hospital. Chatting with them in Tamil, he has boosted their confidence by telling them all they need to know about Covid-19.

The constant attention and show of empathy from the doctor have helped them get back to work without worry that they may contract the coronavirus outside the safety of their quarters.

Dr Hamid, 35, an associate consultant in the hospital's orthopaedic surgery department, returned from the United Kingdom, where he was pursing a research degree, in March when the Covid-19 outbreak worsened among migrant workers in Singapore.

He managed the planning and allocation of medical staff to deal with affected workers in dormitories and joined the communication team along with a few other doctors who spoke Bengali, Tamil and other South Asian languages.

"I explained to the workers the need for serological/swab tests, the time needed for quarantine and the various other tests that they needed to undergo," said Dr Hamid, who has cared for nearly 10,000 migrant workers.

"Often when they hear facts first-hand from the medical staff, especially a doctor, their fears are greatly relieved."

According to him, the situation in the dormitories has stabilised in recent weeks.

"Initially I had to visit the dormitories three or four times a week," he said. "Currently, it is a few times a month."

Empathy, he said, is the key to communicating effectively with the workers.

"I am filled with admiration for these brave men," he said.

"My ancestors, who came to Singapore from the Indian town of Kadayanallur (in Tamil Nadu), also had a hard time filled with uncertainties on their arrival in a foreign land.

"I am happy and proud that my ability to speak Tamil has benefited the workers at a critical time."

Another worker, Giresan Ramasamy, described the doctor as kind and motivating.

"Even when he was unable to meet me, he would call me on the phone and ask about my health.

"When a worker in my dormitory died, he consoled the people who knew the worker, including me."

Dr Hamid said it has not been easy to work during the pandemic, especially during the fasting period of Ramadan.

"Wearing the PPE (personal protective equipment) outside the hospital, you can feel unpleasantly hot," he said.

"Fasting and working was not easy. I had much less time to spend with my family. But, as a popular Tamil proverb goes, service to mankind is service to God."

Added the father of two children, aged four and seven: "My family and colleagues were especially supportive."